I am thrilled to welcome you to yet another season of outstanding choral music with Coro Vivo Ottawa. As our season gets underway and fall makes its appearance, I want to share with you some of the exciting projects we have in store this season.

First, I would like to reflect on what an amazing experience our 2018-2019 season was. I’ve been most excited to conduct this ensemble since 2009 and to see it grow year-after-year. Our past season was one of musical growth and amazing collaborations. We began the season with an uplifting performance of seasonal music. Winter Songs welcomed the Christmas holiday and winter solstice in December 2018. At around the same time, we had the privilege to share the stage with the JUNO award-winning group “The Tenors” for their Home for the Holidays Christmas tour at the National Arts Centre (NAC). We welcomed 2019 with a performance alongside the “China Broadcasting Chinese Orchestra” to celebrate the Chinese New Year in with a concert entitled China Melody, again at the NAC. The spring saw three amazing performances by the CVO singers: our own Missa in Angustiis – Lord Nelson Mass by Joseph Haydn at the Shenkman Arts Centre – a collaboration with the “Grand Choeur du Conservatoire de musique de Gatineau”; an outstanding massed performance of Gabriel Fauré’s Requiem at Carnegie Hall in New York City; and, Serenade to Summer with “Solaris Vocal Ensemble” who visited us from Burlington, Vermont. This amazingly busy season allowed us to grow as an ensemble and gave us a unique chance to perform some incredible choral pieces.

Our 2019-2020 season won’t be much different, and I am very excited about the performances and plans that lie ahead. We open our season with Christmas with Brass, a program predominantly featuring music for chorus and brass and encompassing a large span of musical periods. The program will feature compositions by Schütz, Pachelbel, Praetorius alongside modern composers such as Ottawa’s own James McGowan. The program will also include seasonal favourites in both French and English. I am particularly excited about collaborating with young musicians from the Centre d’excellence artistique de l’Ontario who will be accompanying the chorus with their brass instruments. Please join us December 6th and 7th, 2019 for this outstanding program, not to be missed.

Our season will continue with a joint performance of the Brahms Requiem alongside the “Orchestre symphonique de Gatineau” (OSG) and the “Grand Choeur du Conservatoire”. Coro Vivo will join with these amazing ensembles to present this uplifting masterwork on April 3rd and 4th, 2020. I am very excited about yet, another collaboration with the OSG, and look forward to the stage production featuring 100 combined voices together with professional soloists and an outstanding orchestra.

To close our season, CVO will mark the celebration of its recent 35th anniversary (1984-2019) with a program featuring some of the chorister’s favourite pieces throughout the years. With A Spring Celebration, we look forward to re-connecting with these pieces and to sharing them with our audience. The May 8th and 9th, 2020 concerts promise to be a trip down memory lane.

As I get ready for yet another amazing season with this talented ensemble, I wish to warmly invite you to be a part of the audience and look forward to seeing you at our concerts. On behalf of CVO, I want to welcome you to our 2019-2020 season!

See you at the concerts!

Coro Vivo Ottawa is a vibrant, friendly, community choir attracting members from across the National Capital Region. We perform two to three major concerts per year and sing an eclectic repertoire; from classical works such as Brahms Requiem, Haydn Lord Nelson Mass and the Rutter Gloria, through Opera choruses, music from Broadway shows, and Folk music from around the world. For major performances, we often hire professional musicians and soloists.

We rehearse one evening per week; Tuesday evening, and one Saturday per month. Each rehearsal session lasts for three hours. Our seasons start in September and run through May. 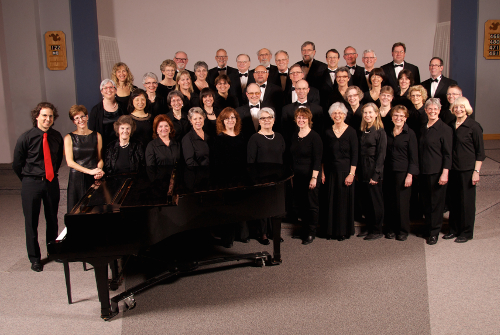 Literally translated, Coro Vivo means "lively choir". While fitting, perhaps even more appropriate would be "joyous choir". We enjoy singing together and the ongoing challenge of singing better.

As our members know, Coro Vivo moved to hosting virtual rehearsal sessions in September 2020 in consideration for the restrictions imposed by the COVID19 pandemic.

These rehearsals are popular and instructive at the same time keeping us connected to our choir community. The sessions are hosted by our Music Director, Antonio Llaca (M. Mus.) Tuesday evenings at 7:00 pm on ZOOM and feature My Choral Coach for guided practice during the week.

The virtual format will continue into the New Year, from Jan 19th to mid-April. Then, from mid-April to June, we hope to take advantage of Spring weather and move Tuesday evening rehearsals outside to the Orleans United Church parking lot. With social distancing and government health protocols in place, as well as wearing singers' masks (provided), we will have the opportunity to sing in-person. This will be with a view to hosting a " curbside concert " for the church parishioners and our families in the OUC parking lot in June. The church "parking lot" rehearsals may also include a once-a-month Saturday morning session from mid-April to early June at the same location.

CVO wishes to extend an invitation to you to join us in this innovative venture. We have space for all vocal parts in the New Year, and encourage you to come and join us.

Please refer to the poster for further information, fees, and contact arrangements. also, please feel free to pass this along to any of your friends and contacts who may be interested. 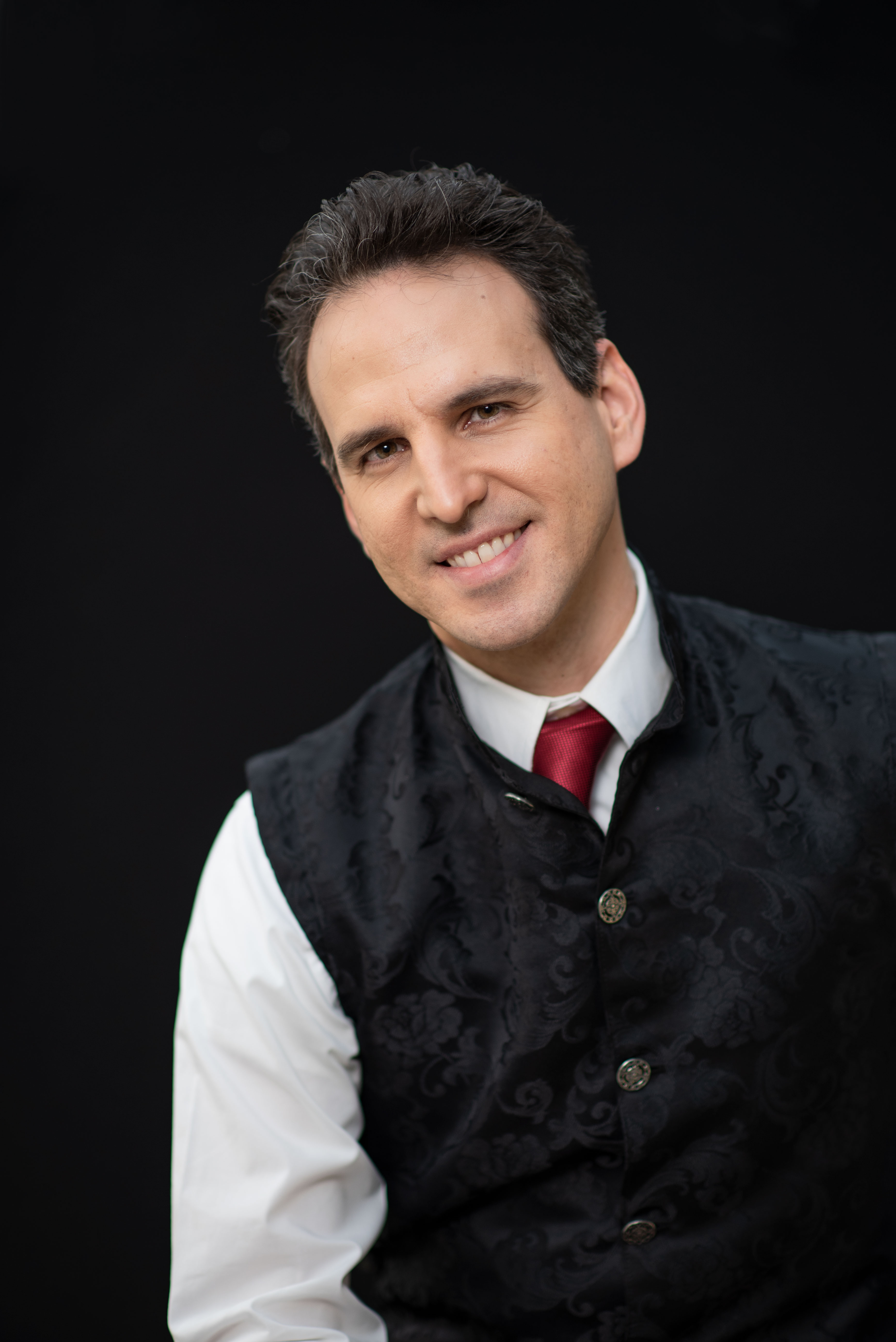 Cuban born, Antonio Llaca is an active conductor, teacher, and clinician. He studied conducting and classical guitar both in Canada and in South America. Mr. Llaca holds a master’s degree in Choral Conducting from Université de Sherbrooke (Montreal campus) and has studied with world renowned masters.

Since 2009, Mr. Llaca has conducted Coro Vivo Ottawa (CVO). In addition to this, he often collaborates with numerous ensembles and prepares choruses for Canadian orchestras and artists such as The Tenors and touring international orchestras such as the China Broadcasting Chinese Orchestra. His choral ensembles have performed on the national and international stage including the National Arts Centre, Canada, the Tintqiao Performing Arts Centre, China, and Carnegie Hall, USA. His choirs have been award recipients at international choral competitions.

Mr. Llaca is a sought-after choral clinician, having had a chance to present workshops at various Canadian and international institutions, and festivals including with the International Federation for Choral Music (IFCM) in Beijing 2018. As an instrumentalist, he is often called to perform at several festivals and in instrumental ensembles across Canada including the National Arts Centre Orchestra in Ottawa and Montreal's Orchestre Métropolitain.

Mr. Llaca is an advocate for Canadian choral music, incorporating prominent Canadian content in his programming, as well as commissioning choral pieces for his concerts from local composers. He has been known for his innovative programming of new works as well as seldom-performed works of music. In addition, Mr. Llaca has brought to the Ottawa music scene seldom performed works by New World early music composers such as William Billings, Esteban Salas, José Angel Lamas, and Manuel de Zumaya, among others.

Mr. Llaca has toured in Canada, Latin America and Asia with his ensembles. He has earned a reputation for being a passionate conductor and pedagogue who is regarded for his musicality and knowledge of the choral art. Mr Llaca’s 2019-2020 season will include performances with visiting choral ensembles from USA and the Czech Republic, a joint performance of the Brahms Requiem with the Orchestre symphonique de Gatineau, and he will lead a conference on Cuban choral music at the PODIUM national conference in Montreal, Canada. 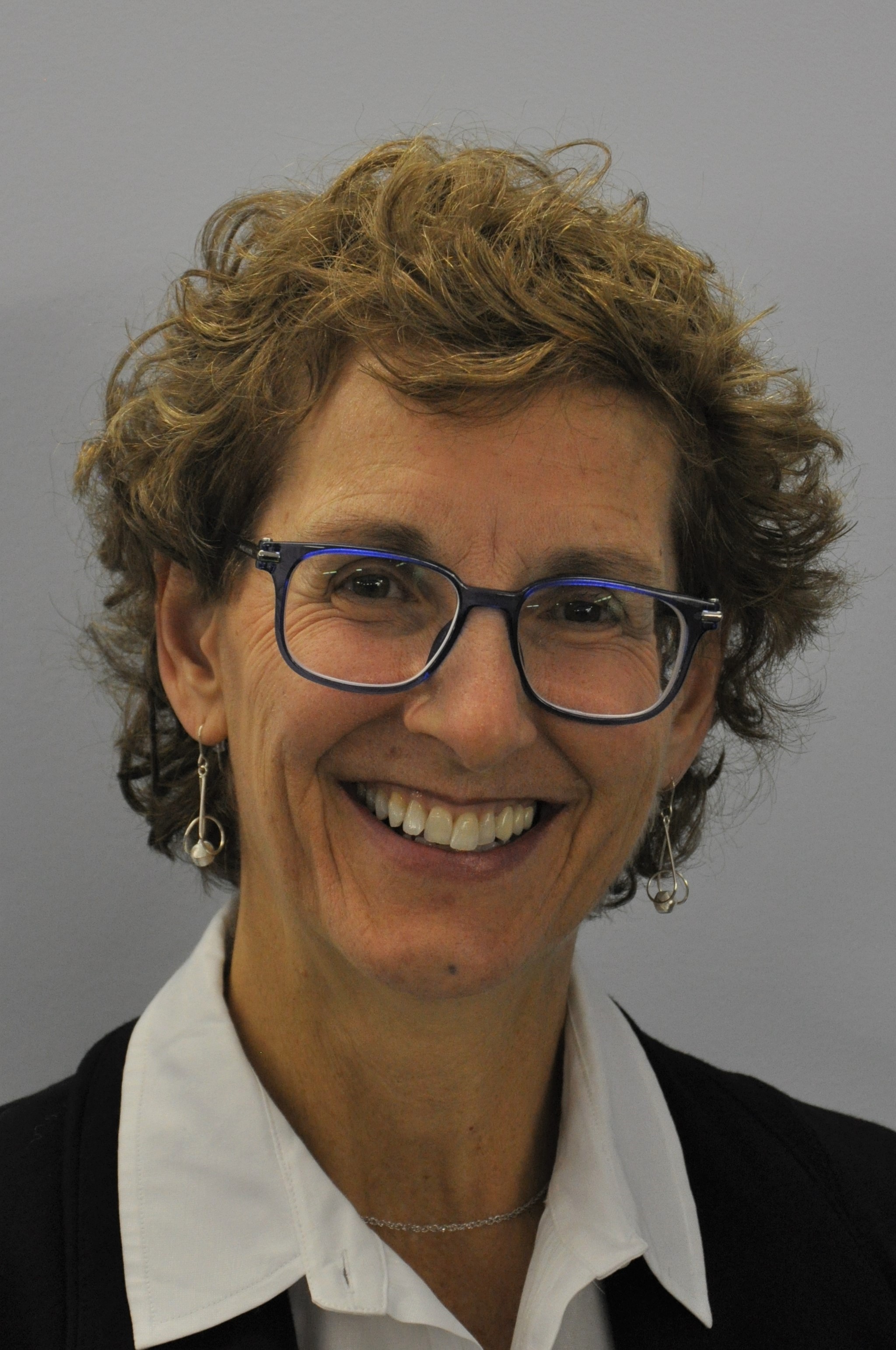 Formerly, Louise was an ear-training teacher at the University of Ottawa under the tutelage of renowned conductor Agnes Grossman. She studied piano with Jean-Paul Sevilla and Jacinthe Couture in Montreal, and has studied accompanying with Evelyn Greenberg.

Louise has had many invitations, from groups of all ages, to give workshops on ear training and accompaniment. She has served as accompanist for the University Choir and le Théâtre Lyrique de Hull, and has accompanied professional singers and instrumentalists when making recordings for the CBC.

Recently, Louise retired from her position as a full-time music and drama teacher with the French Public School Board, directing two award-wining choirs of 60 children per chorus, aged six – twelve. She then joined forces with Lise Maisonneuve to establish le Chœur des jeunes francophones d'Ottawa, a blossoming youth choir where she served as a co-founder, joint conductor and pianist.

Currently, Louise is engaged as an accompanist for the Conservatoire de musique de Gatineau, and she continues to be involved as a consultant and accompanist in the Ottawa music community.

Coro Vivo Ottawa is privileged to have Louise as their long-standing accompanist, benefiting from her generosity, expertise and professional skills. She has accompanied Coro Vivo since 1990.

Coro Vivo is strongly committed to the community. 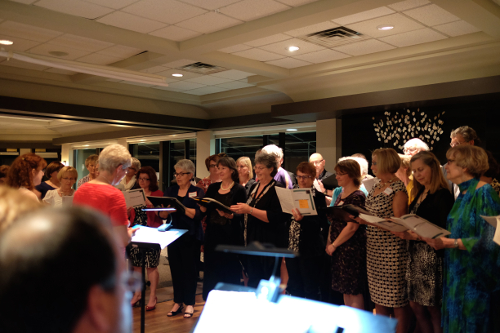 Coro Vivo feels a strong commitment to its community, and is proud of this relationship and the spirit of mutual support. Members of the choir perform at senior residences, hospitals and civic events. The choir also performs special concerts for sponsors and participates in fundraisers for other community organizations.

Coro Vivo is very fortunate to have donor support from its community. In addition to providing these sponsors with recognition in concert programs and on the website, the choir encourages its members to support these businesses in their daily activities.

Coro Vivo is proud to have made its spring concert a benefit concert for CHEO. Since May 2006, the choir has raised over $73,000 for the hospital. 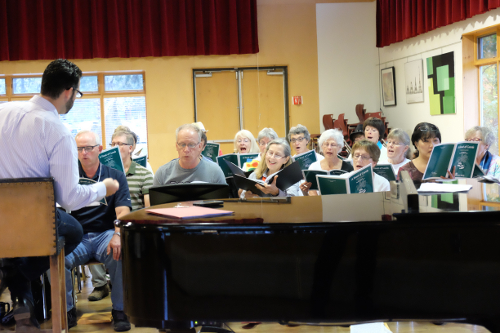 Since fall 1993, Coro Vivo has held an annual weekend workshop at the beautiful premises of CAMMAC in the Laurentian Mountains. On these occasions, the choir hires a guest music director to lead the workshop; including such illustrious names as: Laurence Ewashko, Isabel Bernaus, Robert Filion, Iwan Edwards, Barbara Clark, Mark Sirrett, Lisette Canton and Michael Zaugg.

Coro Vivo Ottawa has been part of the Ottawa-Gatineau area since 1984.

In January of 1984, Coro Vivo Ottawa was founded as an east end community choir. With just seventeen members and originally called Blackburn Chorus, it soon grew into a much bigger choir of 60-65 singers, with city-wide membership and a varied and challenging repertoire. Some of the highlights include: